Welcome to Bluebird , Want to take a tour? 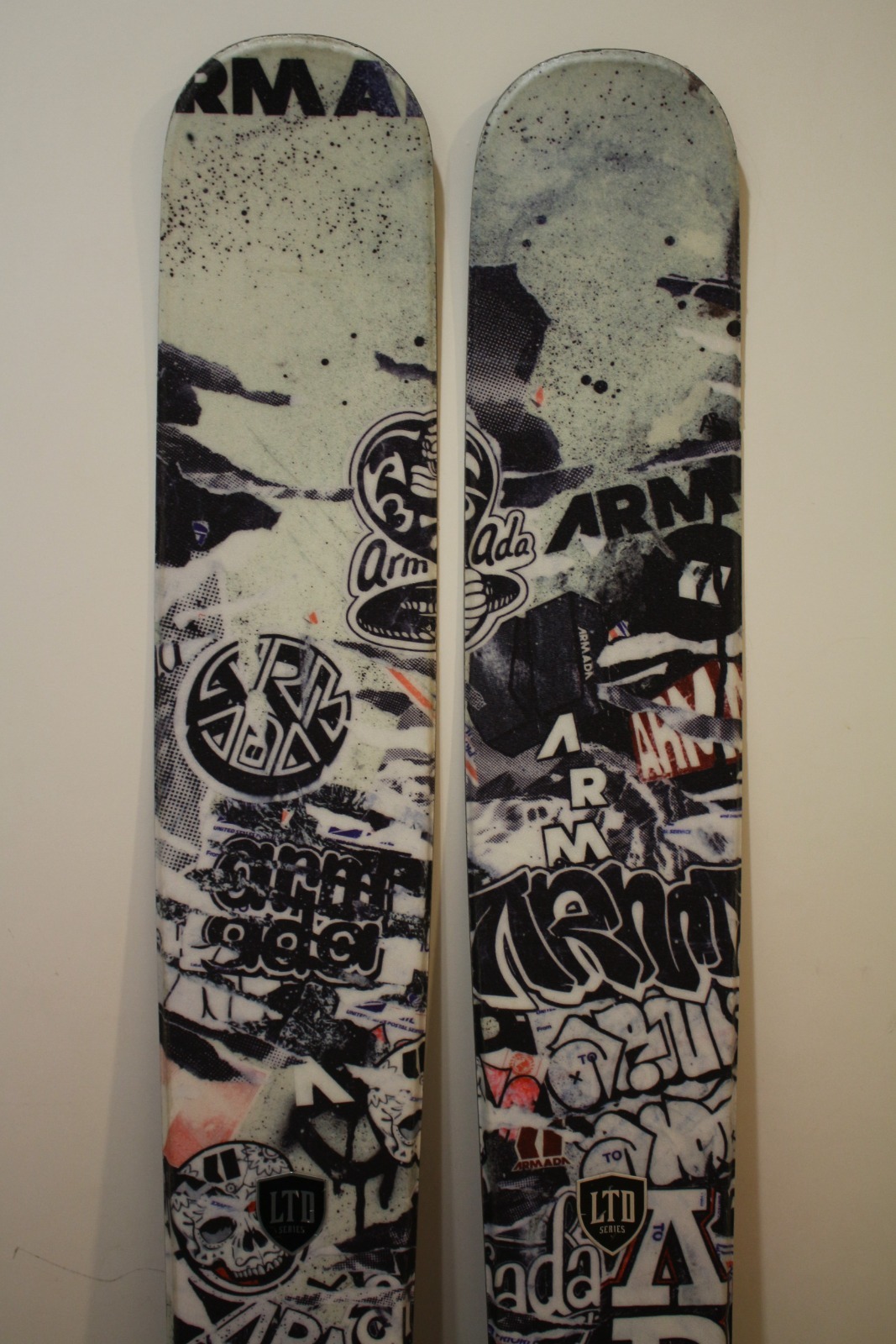 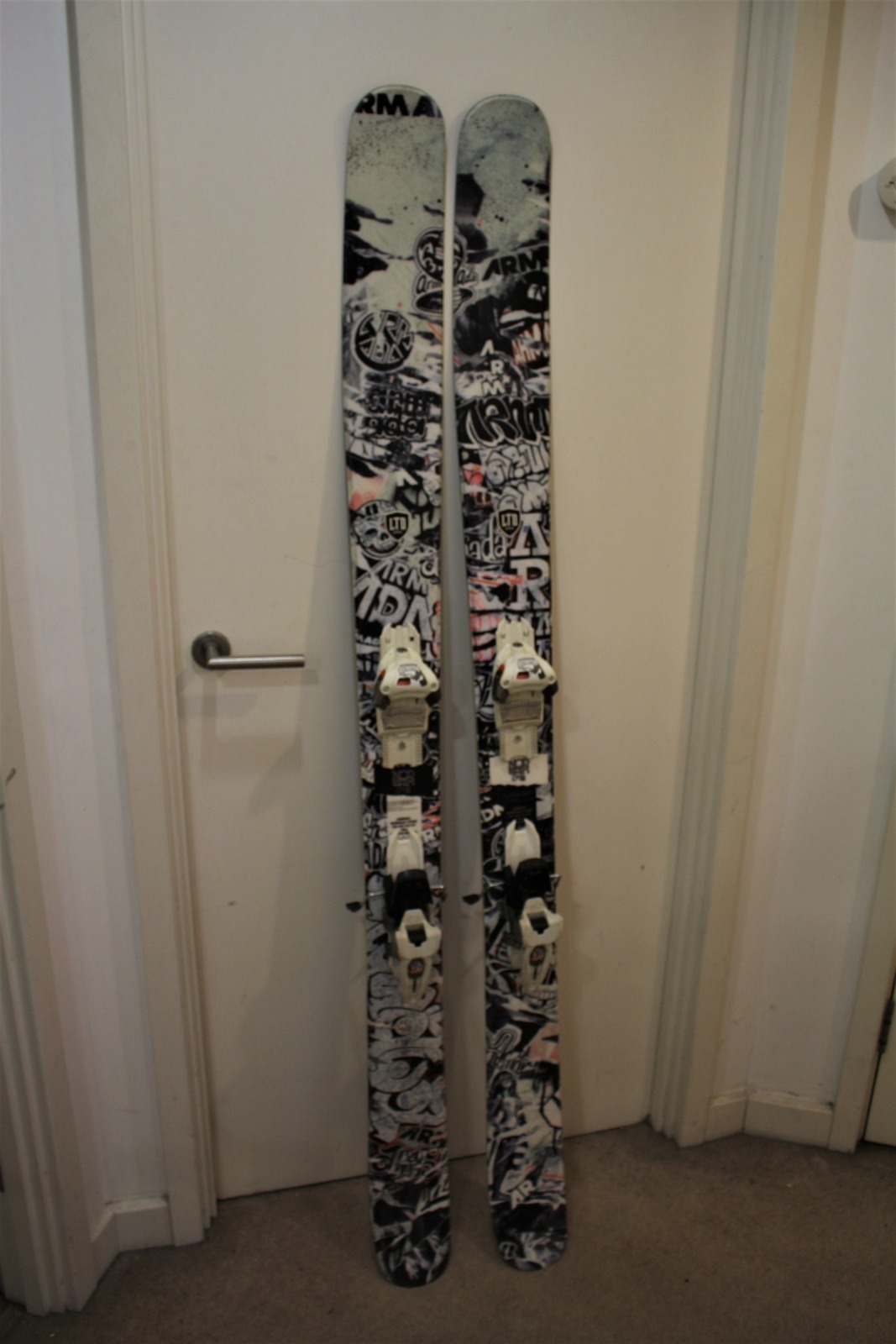 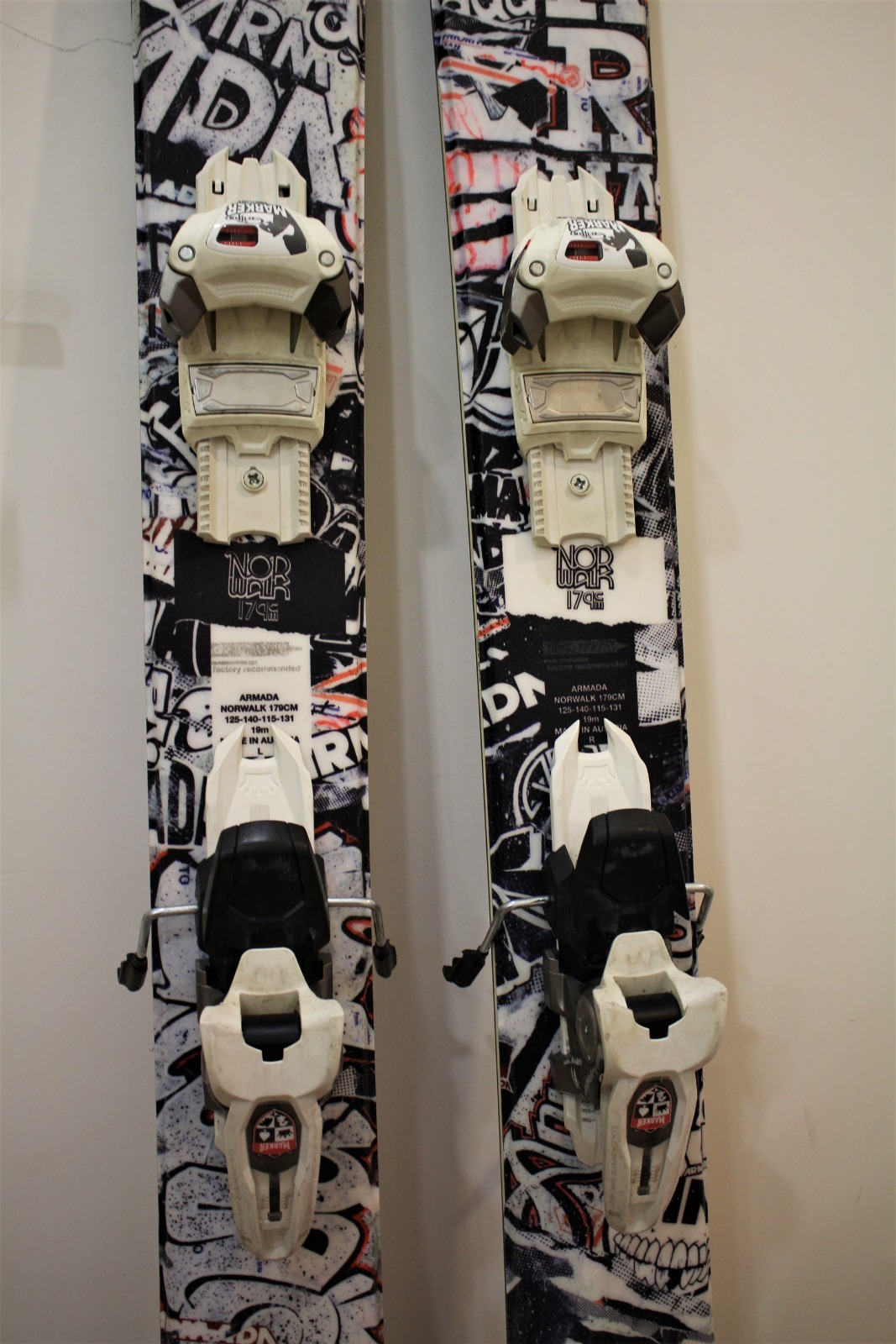 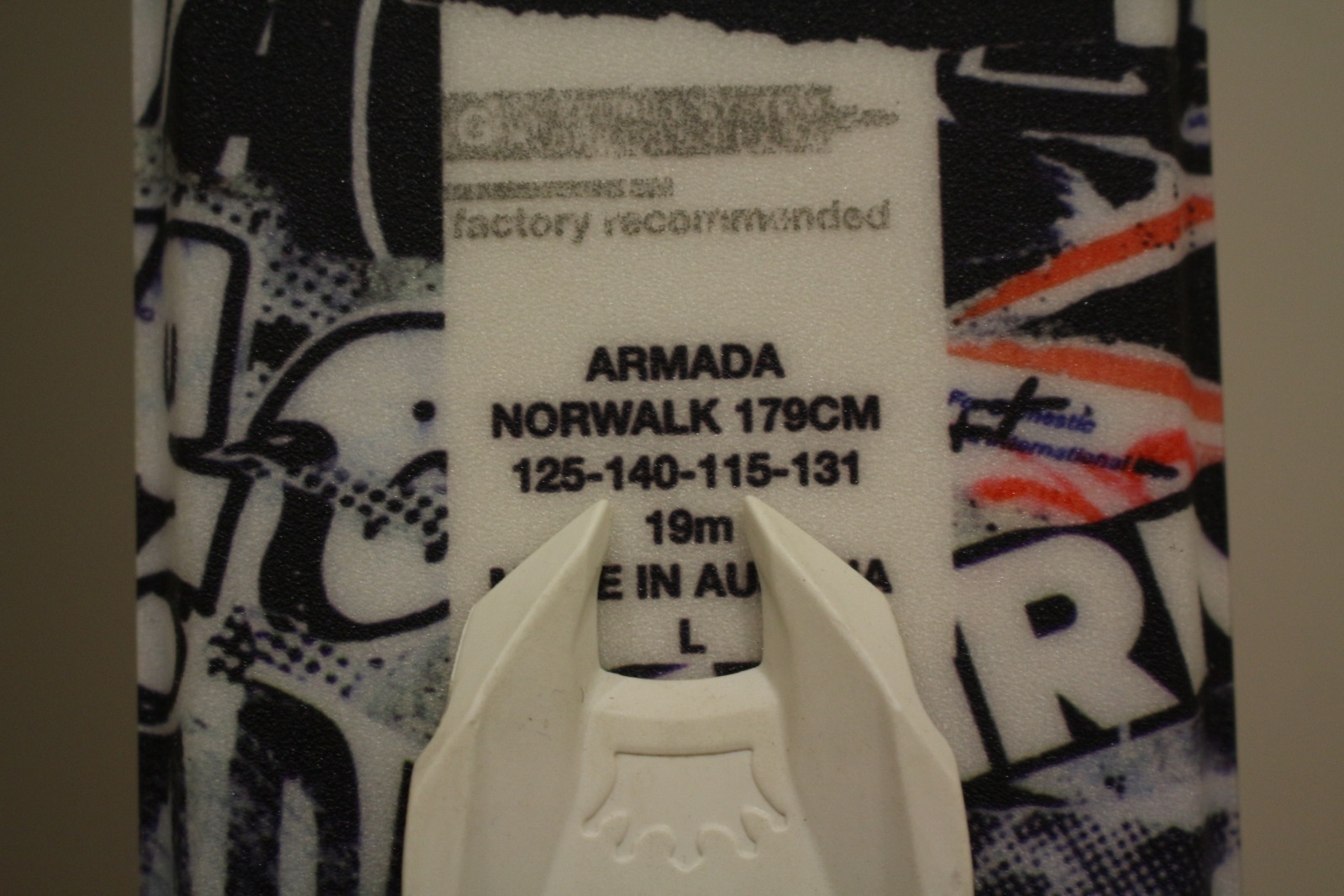 Up for sale today we have an outstanding example of why everyone loves Armada skis. The Norwalk's were built for two things: slaying pow, and dropping the biggest cliffs of your career. This pair are the 2014 model, which lucky for you feature the sickest graphics of any Norwalk edition. EVO gives the Norwalk's a perfect five stars, and anyone who's tried these bad boys will know why: they have the front rocker of a true slayer but none of that stupid long back-end rocker that cuts the length of your useful edge and stops you from doing anything technical. So it's weird that they're so rare to find. The perfect but shockingly unusual combination of traditional camber, big front rocker, fat waist and stiff construction make for a ski that absolutely charges off the piste but also functions surprisingly well when side-slipping steep ice. But don't just take my word for it- check out what others are saying at the bottom of this post.

Details
This pair are the 179cm length, with the following dimensions (all in mm): Tip 135, contact point 140, waist 115, tail 131. They're rocking the classic Marker Griffon binding, set on rails so you can adjust to your boot length.

Condition
Unfortunately for me, my pair have not quite had the use they deserve, as I bust my ACL shortly after buying them. I thought I'd be able to use them again once I recovered but unfortunately my knee is simply not up to handling these weapons. I used them for a measly 3 days, but I also lent them to my mate for a 5-day trip too, so they've seen 8 days of use. They did pick up a couple of notches in those days, so check out the photos, but the bases are still in great shape (the base grind is evident) and the edges are sharp. They're been responsibly stored over the years and there's no rust. I've tried my best to show the true condition of the skis in the photos as I know you guys really want an honest idea about what the bases look like, 'warts and all', which possibly isn't the best sales tactic, but at least I'm not being a dick. The top sheets are like new, luckily haven't had anybody ski over them.

Check it out on EVO (also read the reviews): https://www.evo.com/outlet/skis/armada-norwalk-2014

What do Armarda have to say?
"With tip rocker, a traditional tail and camber under foot, the Armada Norwalk skis can drive through a turn exit, charge in variable conditions, and stay stable while straightlining down the mountain. Slightly wider and with a larger turning radius than the TST, the Norwalk is Armada is big mountain destroyer." And they're right.

Please select your reasons to report this listing